Iltopia Studios is a small creative studio based in Portland, Oregon. Our objective is simple: make comics and cartoons that open doors to more understanding. Iltopia Studios is dedicated to producing engaging content to our customers at a high quality and a variety of price points. Founded by creator Steven Christian. His goal is to create quirky adventure stories about the Black experience in America that entertains, empowers, and educates. We make cartoons and comics with emerging technology to provide unique and immersive storytelling experiences. 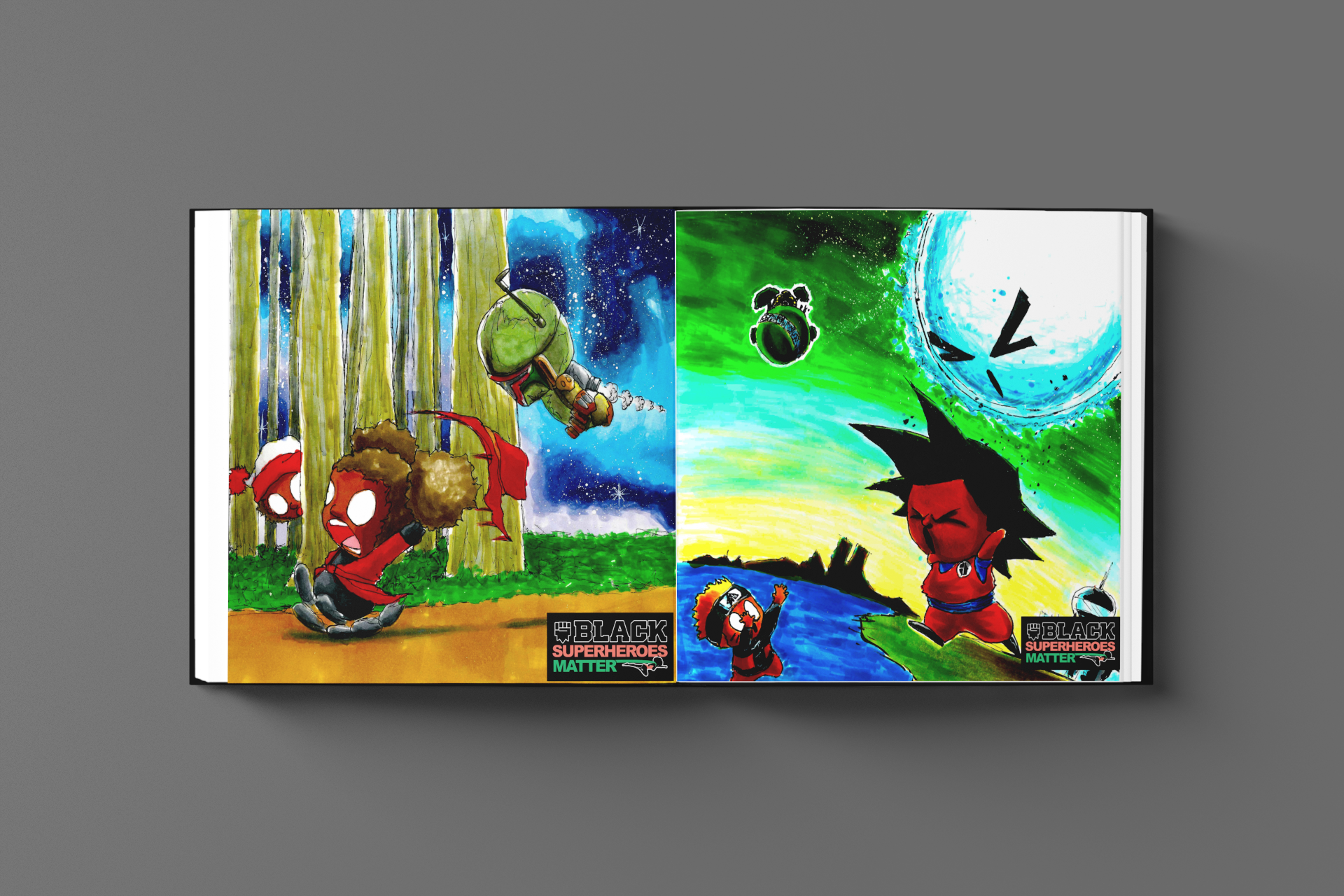 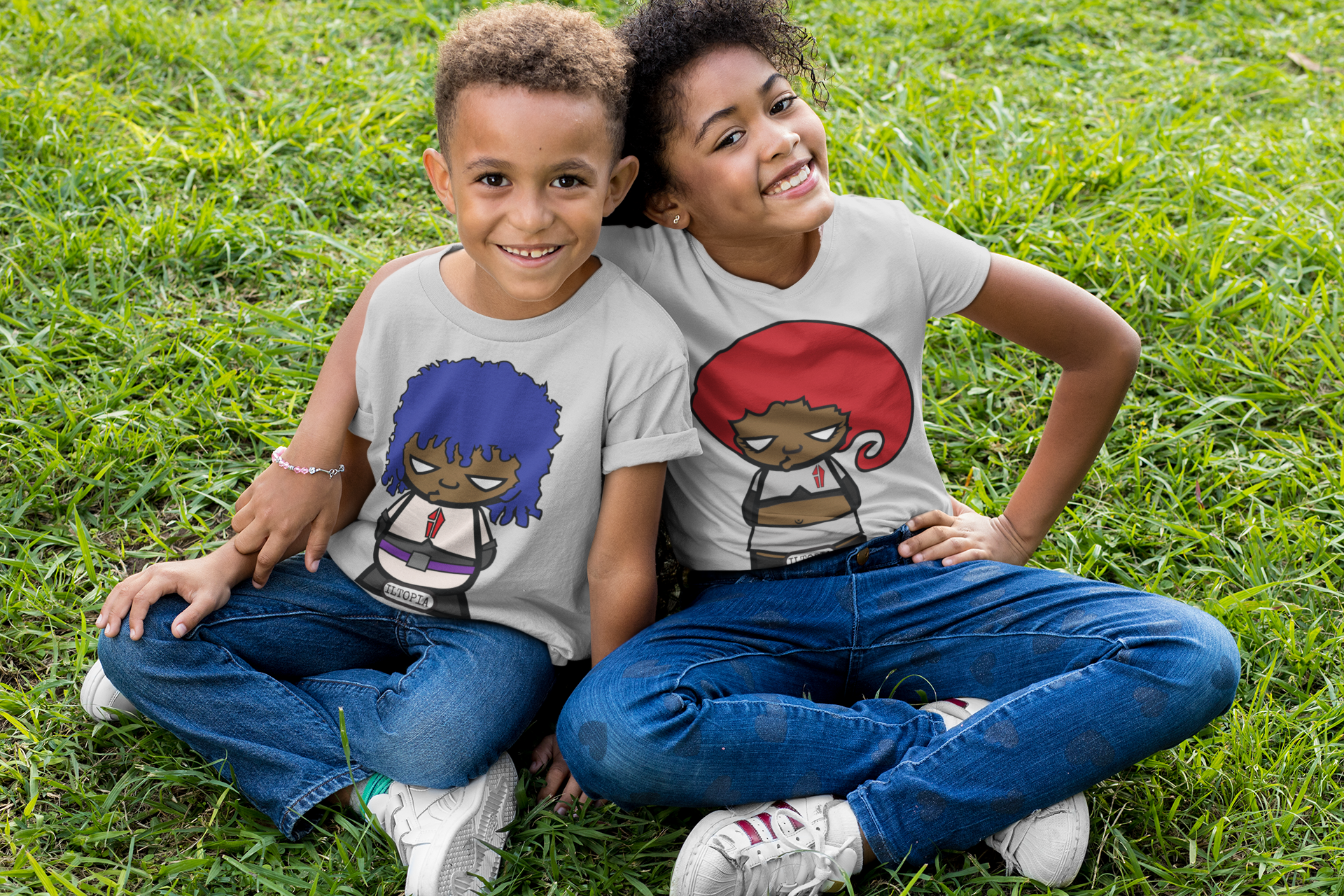 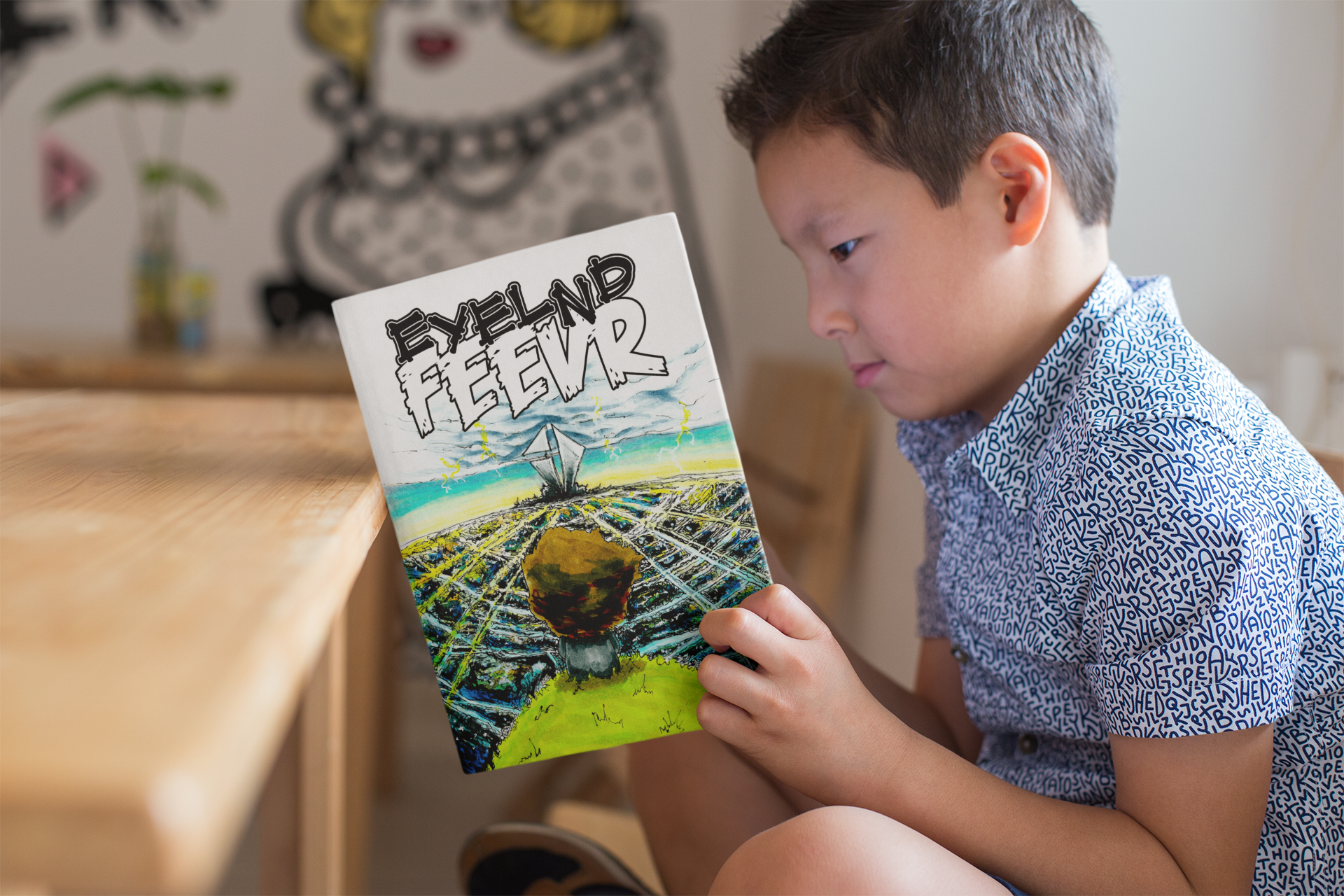 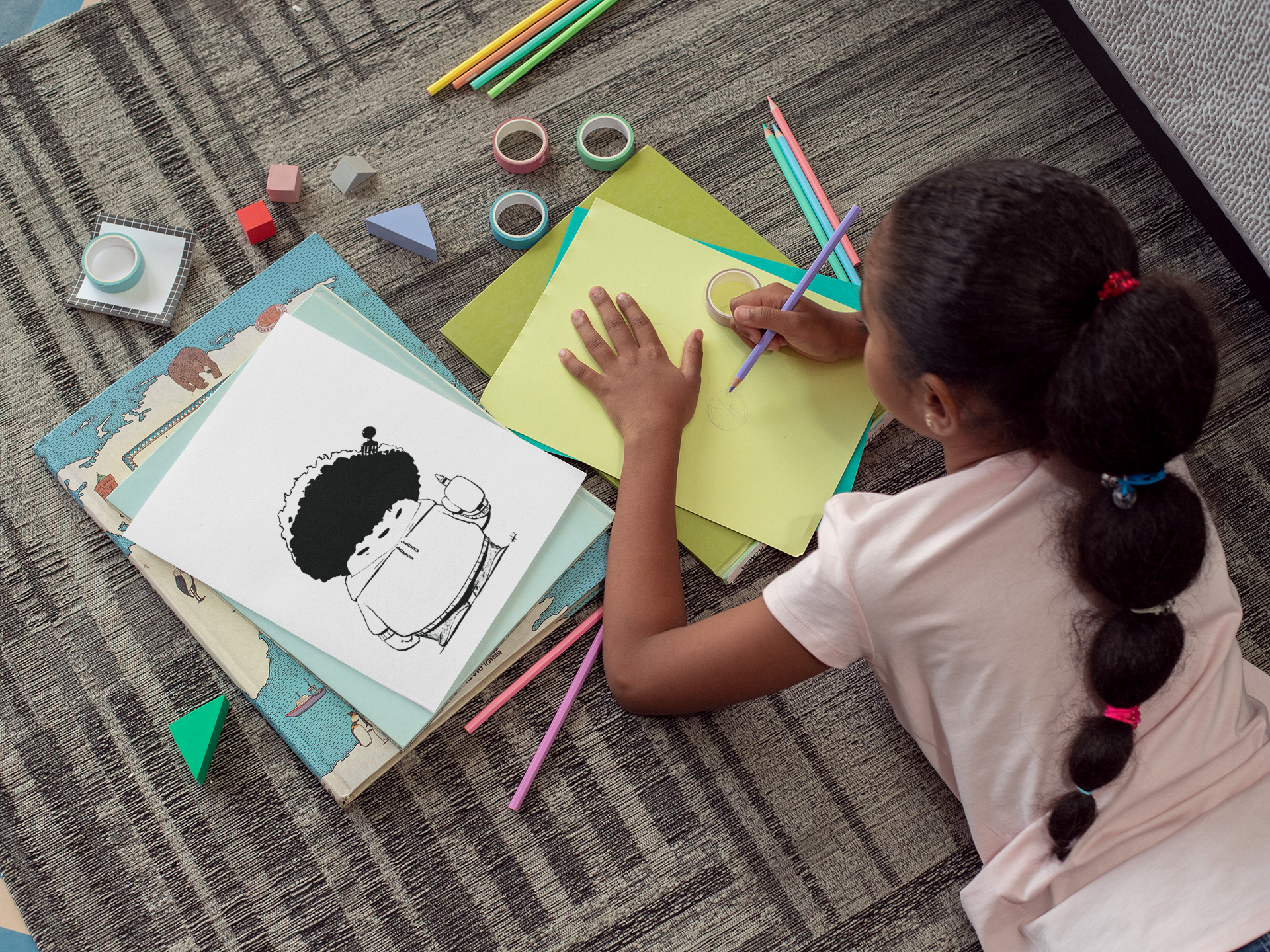 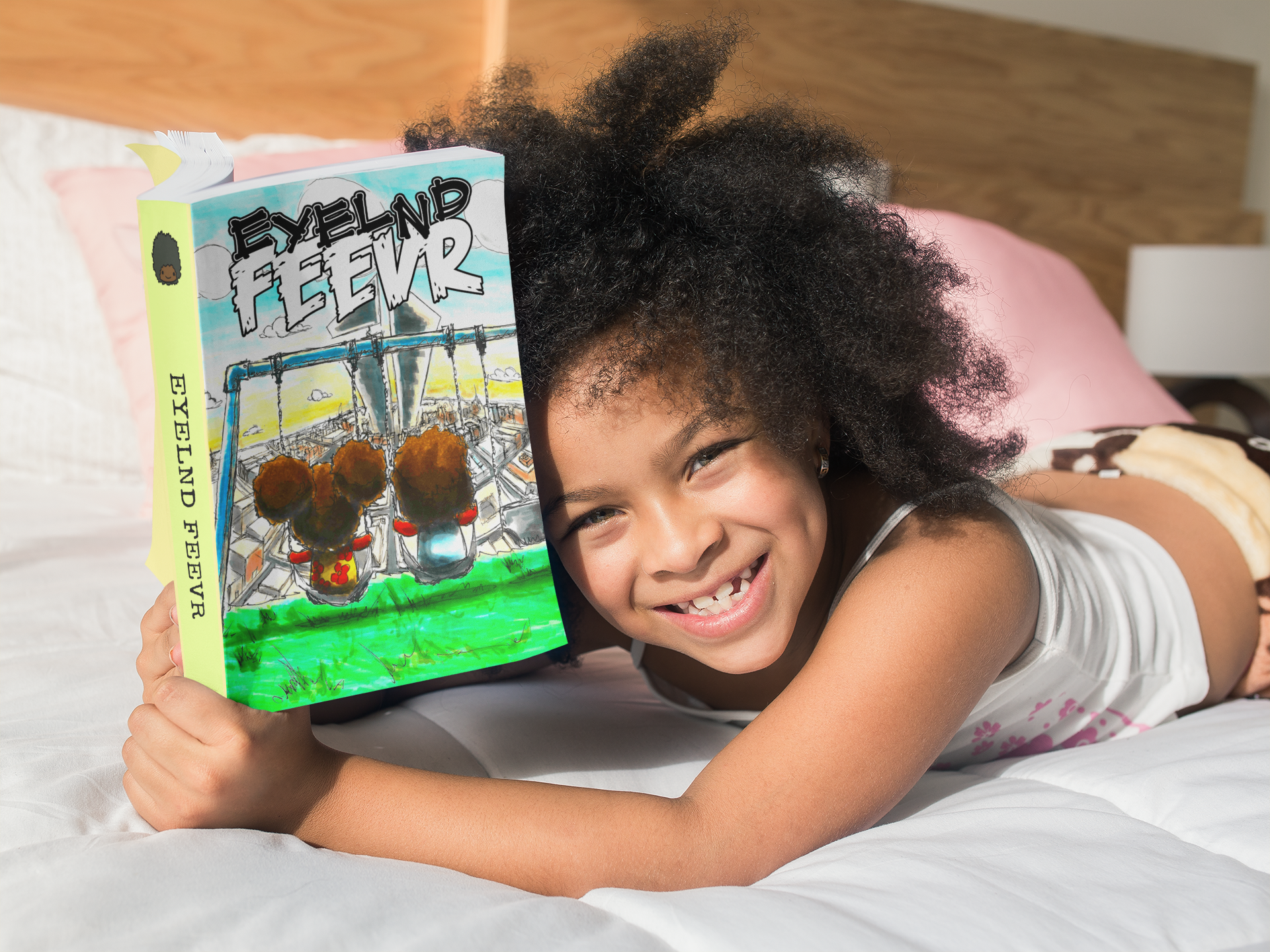 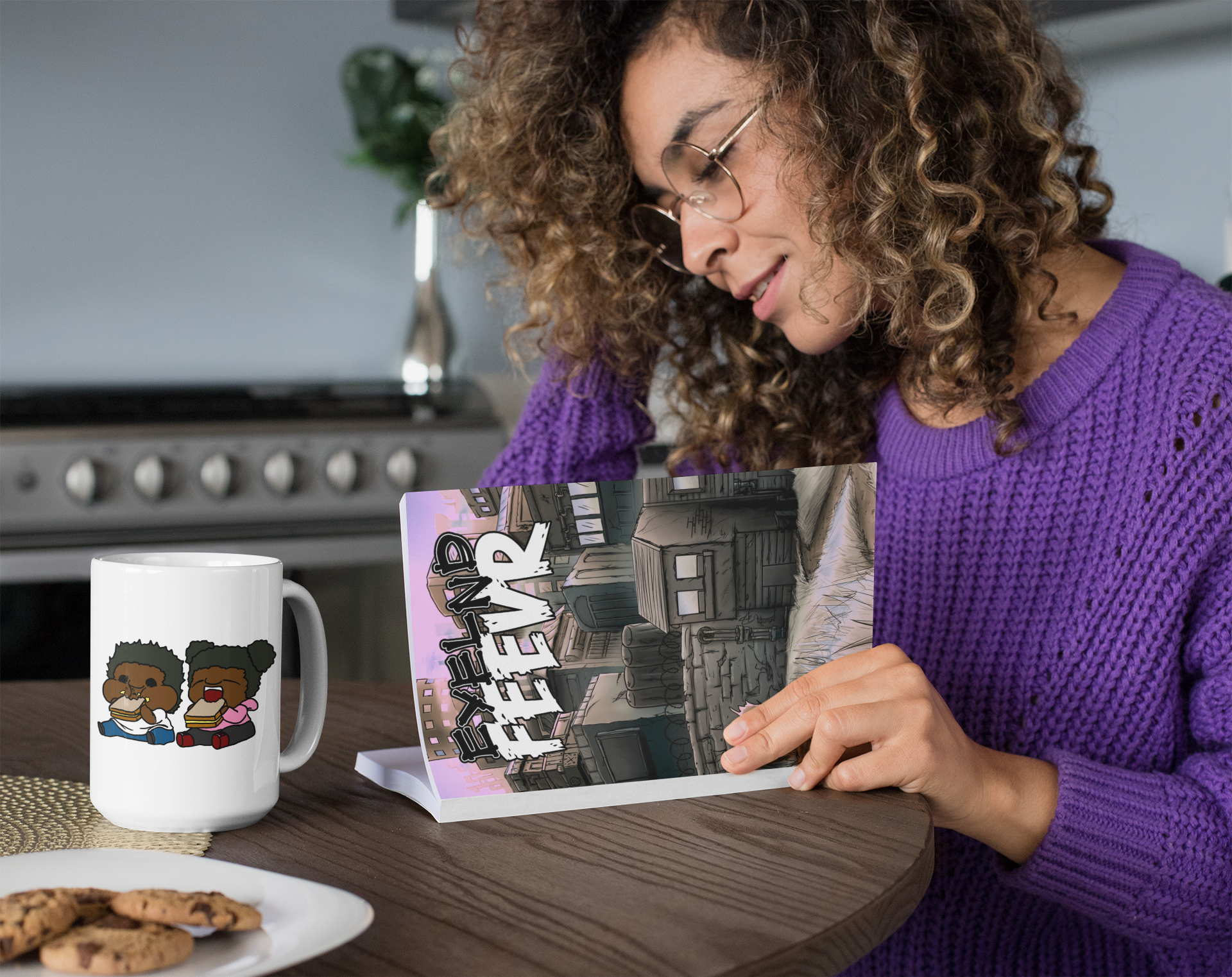 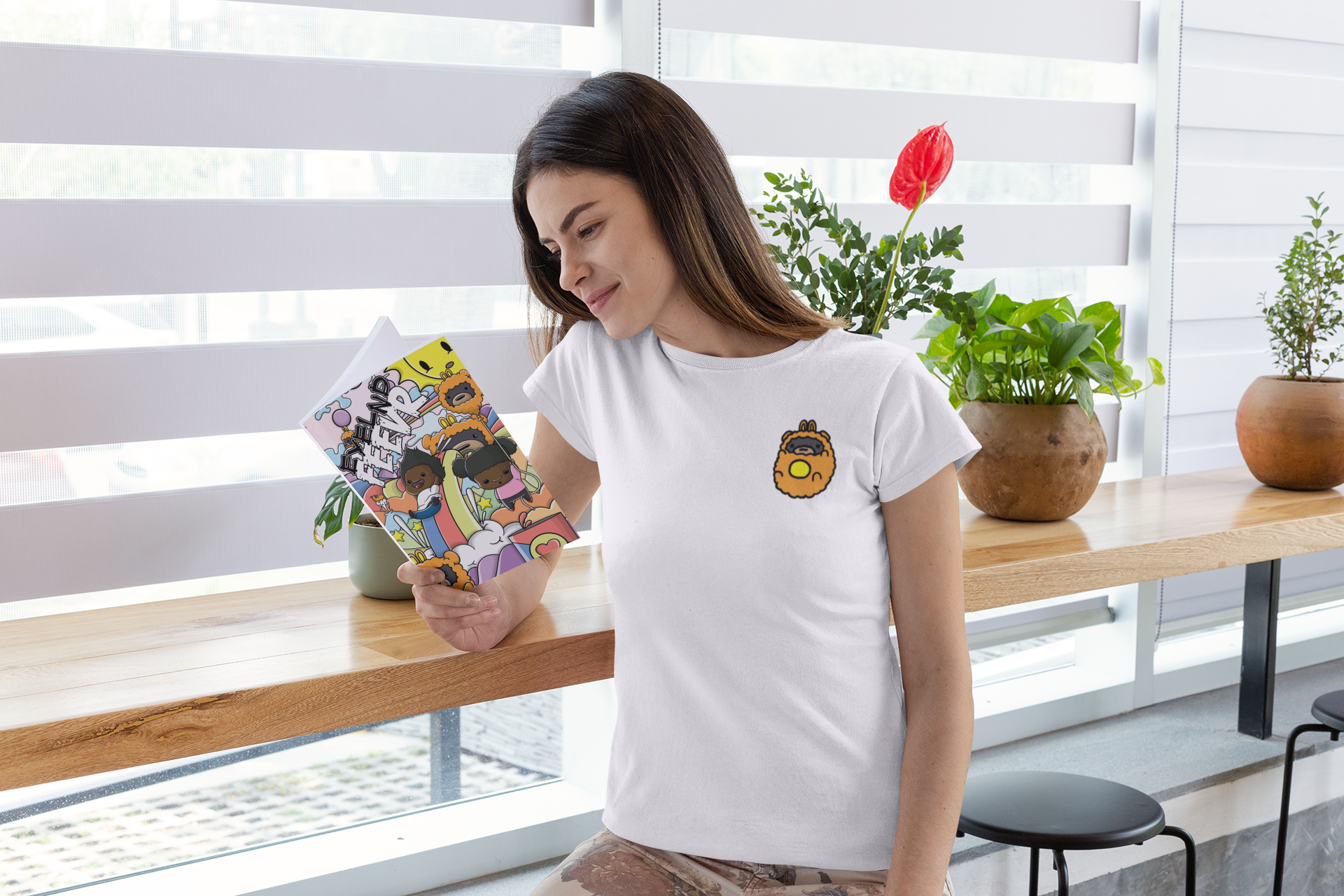 We currently use the Soul District Business Association now, and we are working with them to produce our products and the money we pay them for services directly supports Portland's Black Community. The stories we tell focus on the experience of being Black in America. As we market it , we will be promoting Black creativity and storytelling in other communities that enjoy culturally relevant stories. Since the Pandemic, we have been producing free tutorials online on how to use creative tools to expand skills in a culturally relevant lense. Those include: How to make handmade stickers to share with others, how to make augmented reality apps without code for activism, and how to create blogs and podcasts to elevate your voice. The podcast free course, we are working with the Soul District Business Association to create a remote learning program for Black youth in Portland to learn how to make podcasts and use their voice for social engagement.

My first Studio Setup after I had hip surgery in 2011.

The concept of Iltopia originally started as a portfolio for me to get an entry level job in the creative industry. After being in LA for months trying to find work, I had a meeting with a company that essentially told me that I needed to build up a portfolio of long term projects that can showcase my variety of skills. That led to me working on Iltopia. Iltopia was the last thing I came up with for the project, and I wavered on the name for months. I just knew that I needed to work on things that I could incorporate into my overall goal of being a content creator. I already had Stuck on an Eyeland, but I never defined what the Eyeland was. So giving it the name Iltopia really took my initial artistic expression to the next level.

My studio setup in my dad's garage in Richmond, California in 2015

I came up with the name Iltopia as a play on the word “ill” and utopia. I originally started with the kil-joi because I thought that name was cool, but I couldn’t get all the social handles and domain names to brand it correctly. Back to the drawing board I went. I reflected on my experiences in Hawaii and how I really remembered what it felt like prior to living in Hawaii. The idea of living on a tropical island and playing football made me feel like I was going to be in paradise. From what I was used to at home, this was going to be the escape from life that I really wanted. Little did I know that was short lived. The paradise that I longed for quickly faded away when I began to experience what the non-tourists on the island felt: water damaged buildings, roaches, poverty, etc. It was real eye opening. That feeling of being bamboozled wasn’t hopeless, but it did make me feel like the dream was full of corrupted realities.

My studio setup in my apartment at Oregon State in 2012

When I was looking for a name for the island, I thought about a place that was full of potential if you could survive living in it. That led me to the idea of utopia that was built on a rocky foundation. It was sick but the people didn't know it. Another idea I played with was my desire to make cool stuff. I had my ounce of virality when I made Pokemon Twerk Team. The recognition compelled me to make more cool stuff that would spark conversations. The word “ill” has multiple meanings: 1) to be sick, or 2) to be cool or awesome. I wanted to create a place where I made the illest stuff around. Therefore: ill + utopia = iltopia!

My Booth Setup at the Oakland Street Fair in 2015

The exploration really focused on visual art. I knew that I could play into my strengths of making pictures and telling stories. What I ended up doing is using the work I created to further develop characters. Understanding that I was a one-man-show, I really ceased the opportunity of coming up with ideas and bringing them to life with every trick I had in my bag. That meant animation, illustration, graphic design, sound production, video production, costume design, and even coding. I really explored what I could create as if I was building a real company. Little did I know that I was doing just that.

Everything I was working on was Iltopia focused, and it really helped me define my style and where my convictions lie. Being able to limit myself was really rewarding because I could channel my efforts into things I cared about rather than what others cared about. When I moved to Portland, that was really the goal; to create something that would give me opportunities to pay bills and be creative. I did not expect to make money off of it. I expected it to open doors to make money off of my talents. Yet, I knew that I needed to get out into the market in order for me to showcase my work. Under the identity of Iltopia, I started doing market places and street art fairs in Oakland. I really needed to get my name out there and see how people received my work. More importantly, I needed to sell stuff so I could pay bills. 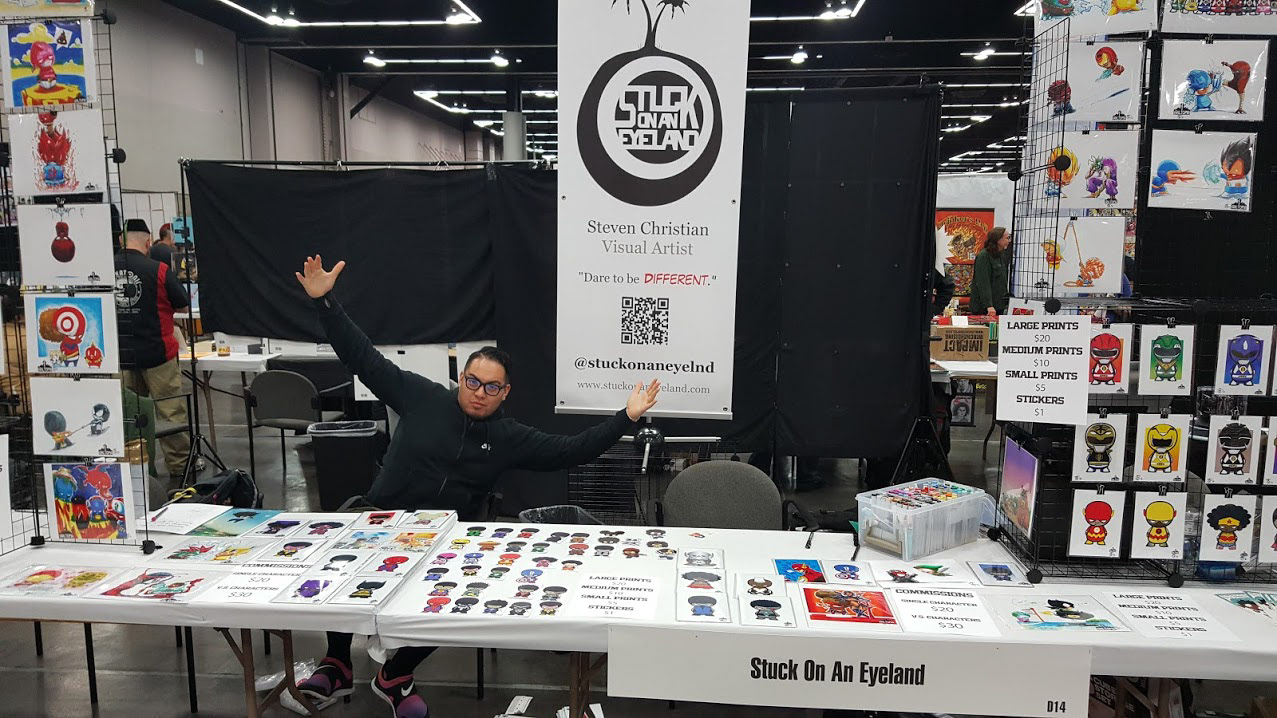 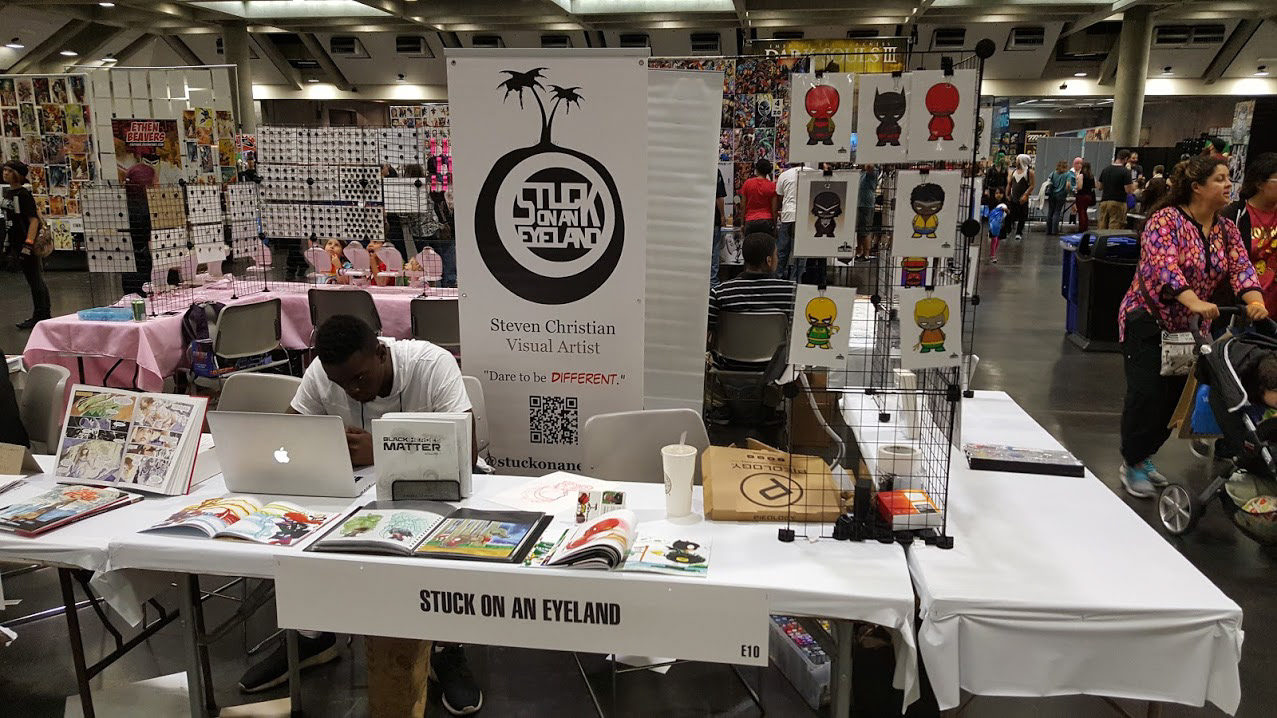 This experience was really formative for me because it allowed me to share my story with people that were enamored by my art. The reasons why I created my work ended up being the stories I told to sell my work. The practice I had from customer to customer gave me the confidence that I didn’t have prior to actually feel comfortable sharing in front of people. This is a skill I developed further with every marketplace event that was beneficial to my creative process because as I spoke to people, I could field interest for future pieces I was planning.
Moving to Portland was interesting because I came here for medical school and not art. When I was introduced to the creative scene, I wanted to get into art galleries. I had an idea for publishing my own work, but not to the extent that I am doing now. I definitely did not see Iltopia producing augmented reality solutions. It was all about getting into galleries and telling stories on walls with sequential imagery. Yet, I didn’t realize the barriers that were in Portland.
My journey introduced me to the underground art scene. It was there that Iltopia started to make waves. I did live art exhibitions in basements, popups at various marketplace events, and I even did a gallery showing in the student commons area of Portland State. I was leaping at any opportunity to showcase my work. 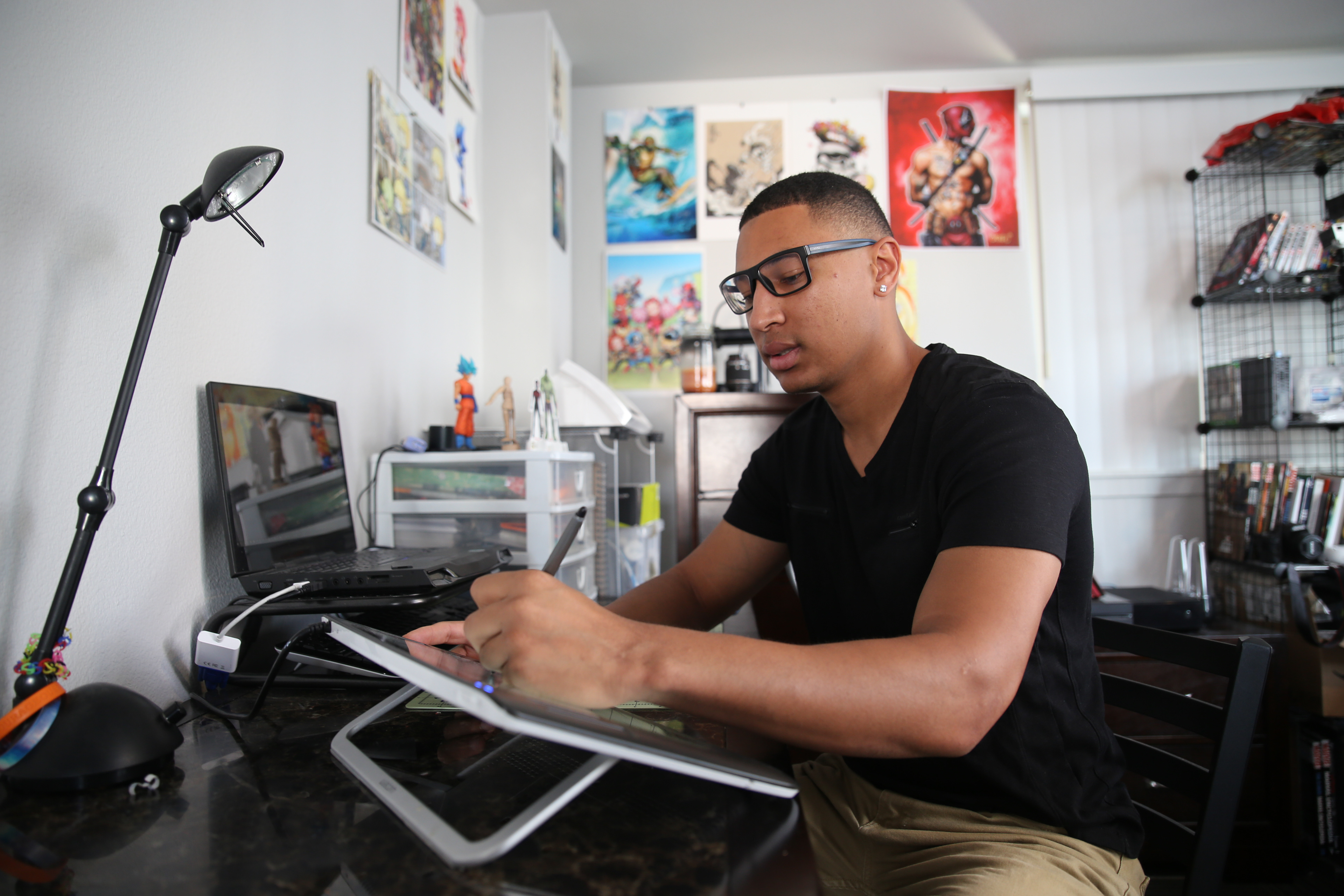 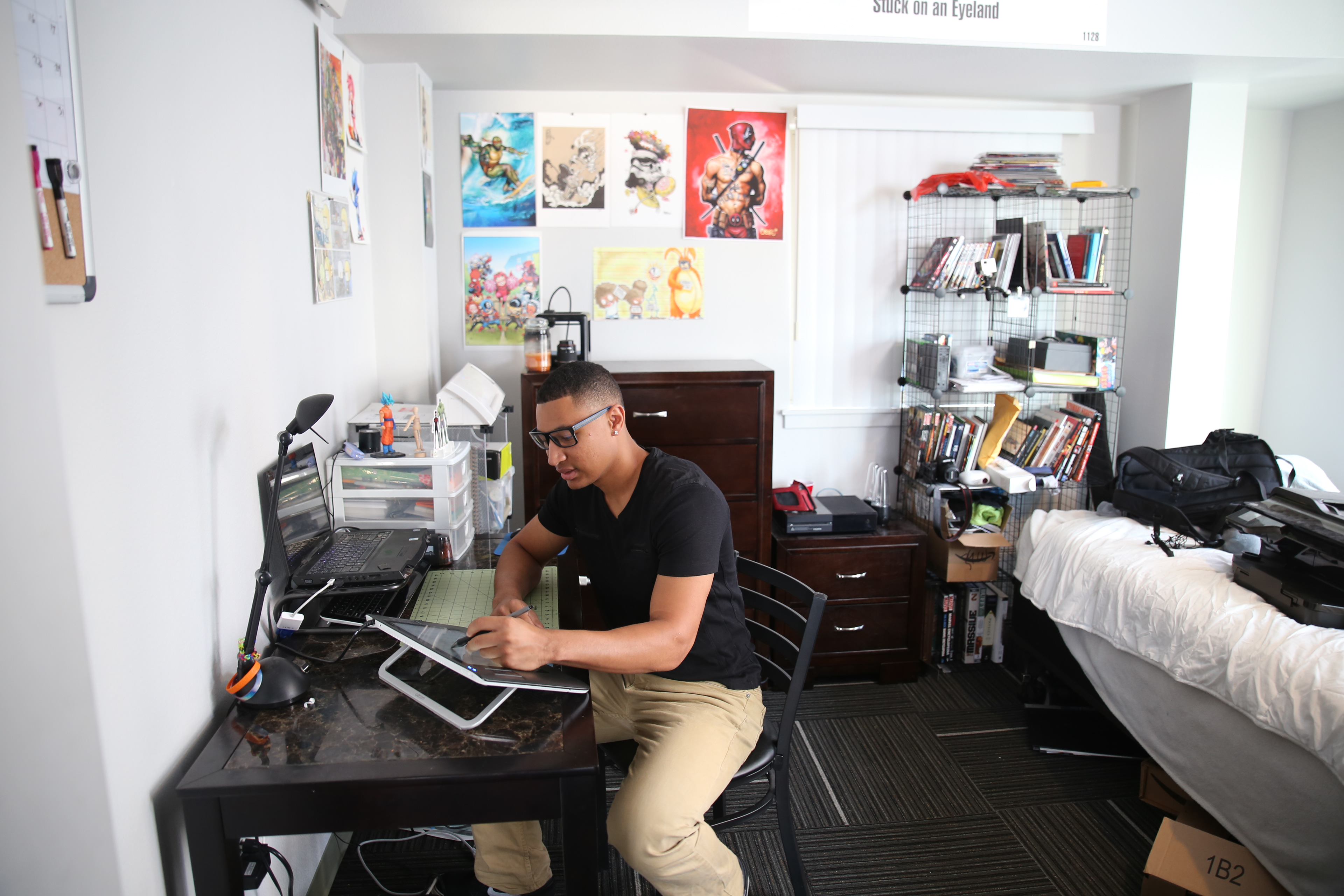 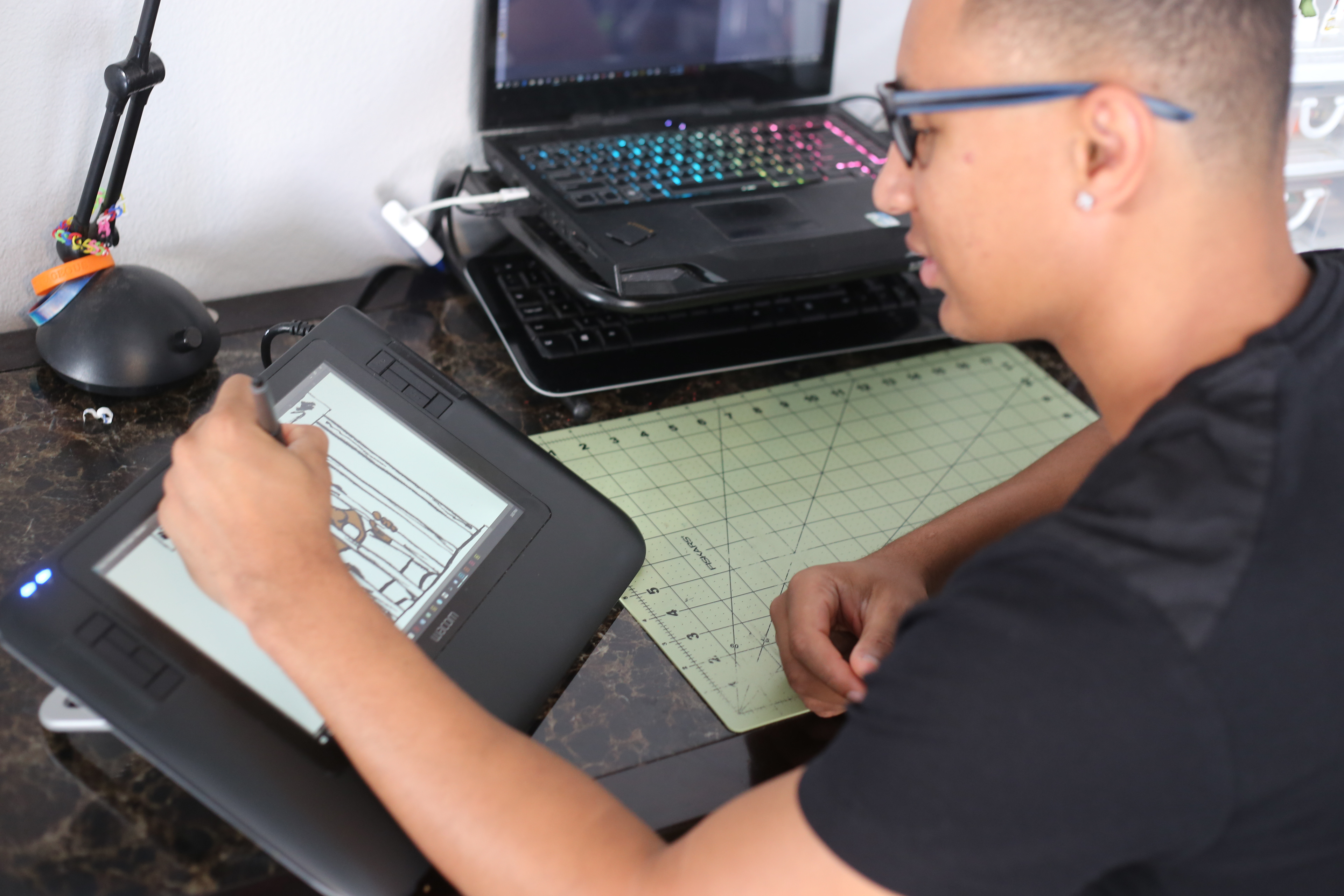 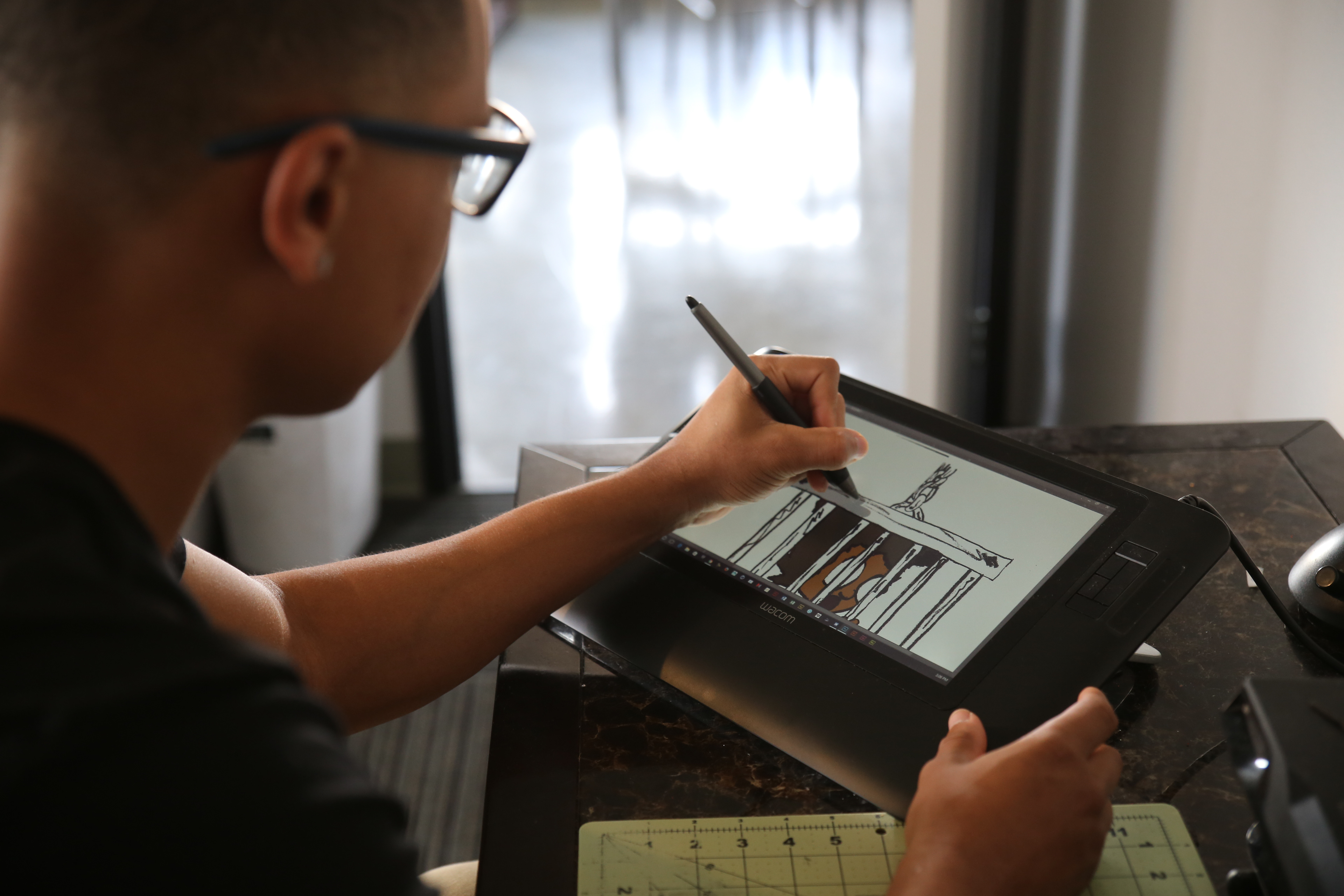 After my first few months in Portland, I set my eyes on Comic Conventions. I went to one in Hawaii, and was enamored with how many people were there. I needed to get in front of the crowd and do what I do best - connect with people. Two people I met throughout my convention circuit were Anthony Piper - known for Trill League - and Markus Prime - known for his work on instagram. Doing tons of conventions helped me find a community of Black creators, and it established me as a player in the industry. This led me to have a successful kickstarter and also publish the first volume of Eyelnd Feevr. From there, Iltopia Studios was officially a publishing house.
Looking back on everything, I laughed about how my goal for Iltopia was to be a portfolio that would get me a creative job. Little did I know that I was actually creating a job for myself in the creative industry without intending to do it. As the catalog of stickers and books increased, I began to branch out to apparel and other items. I would try to get meetings with creative agencies only to ask me if I wanted a regular job or continue the life of a freelancer. After I published Eyelnd Feevr, I shared it with no success. After I finished Black Superheroes Matter, I shared it with no success. Even when I finished Eyelnd Feevr AR, I got nothing but apprehension about whether I could work on products collaboratively. Such is the plight of Black creatives, but interestingly enough that chip that I developed on my shoulders really allowed me to flourish.
Since COVID hit, I really had time to focus on Iltopia. Not only with developing more content, but also with selling online and improving my digital marketing. Even though I use technology to create art, I really suck at selling stuff online. This has been an area of personal growth that really helped me expand the reach of Iltopia. If you are so inclined, check out www.iltopiastudios.com 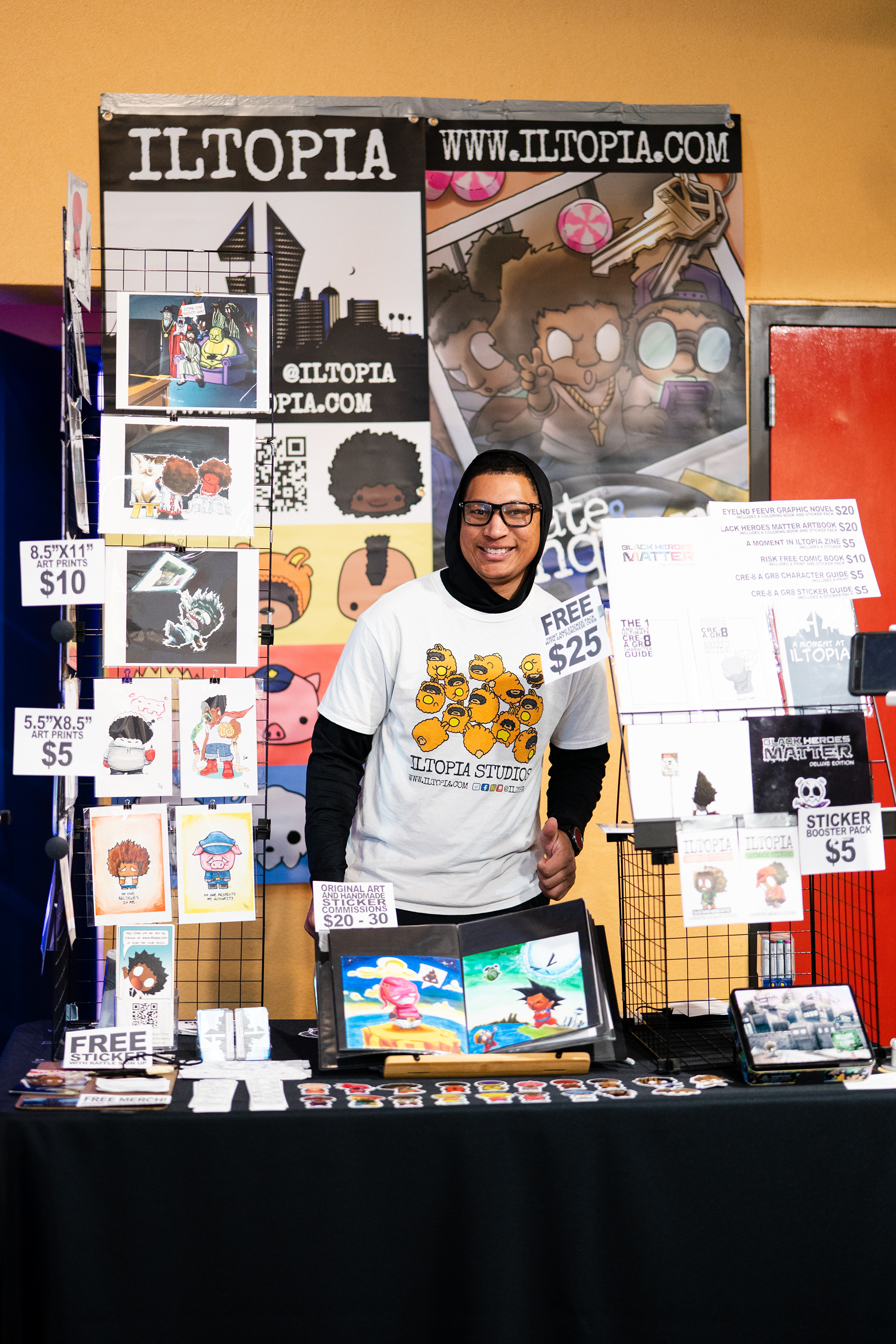 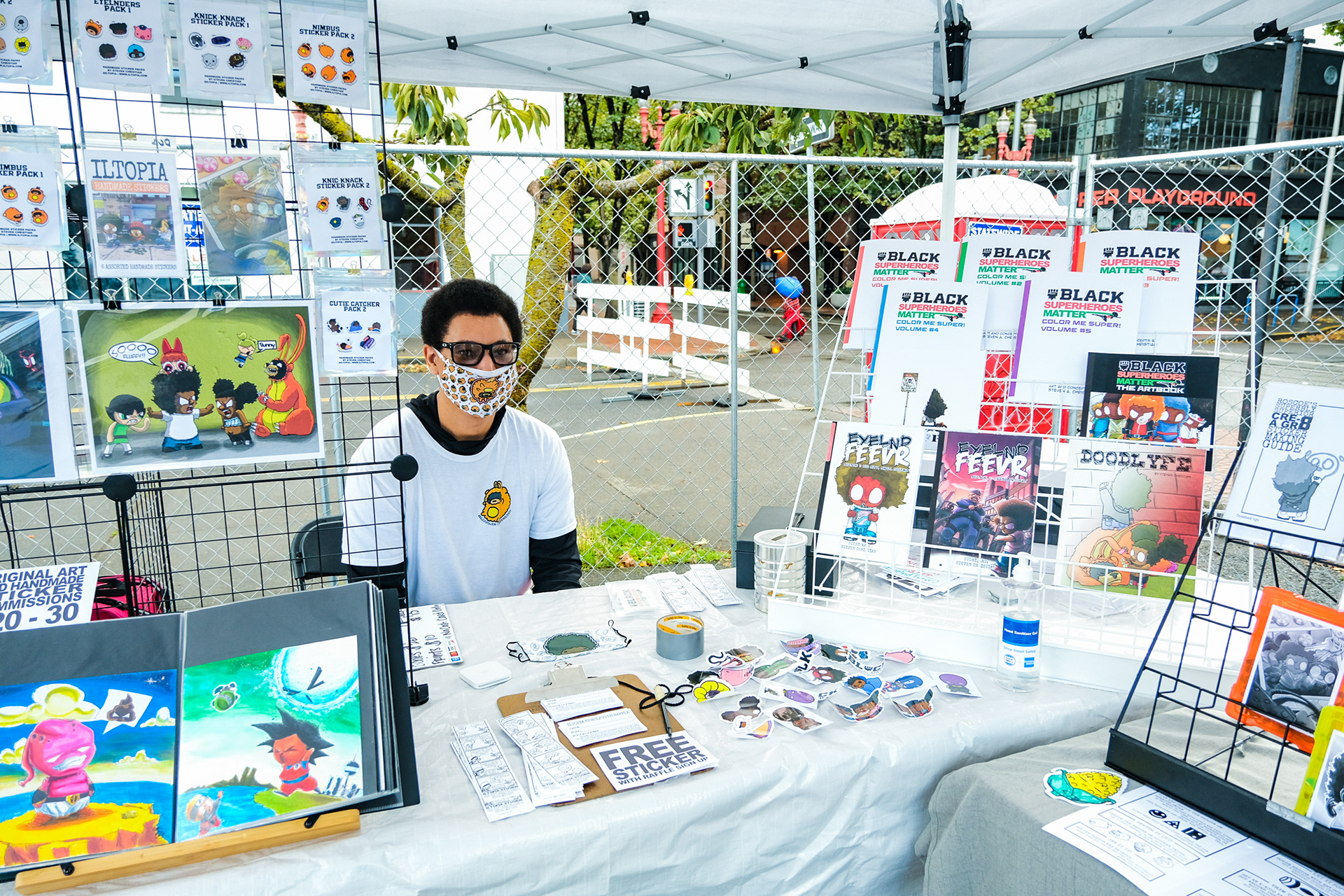 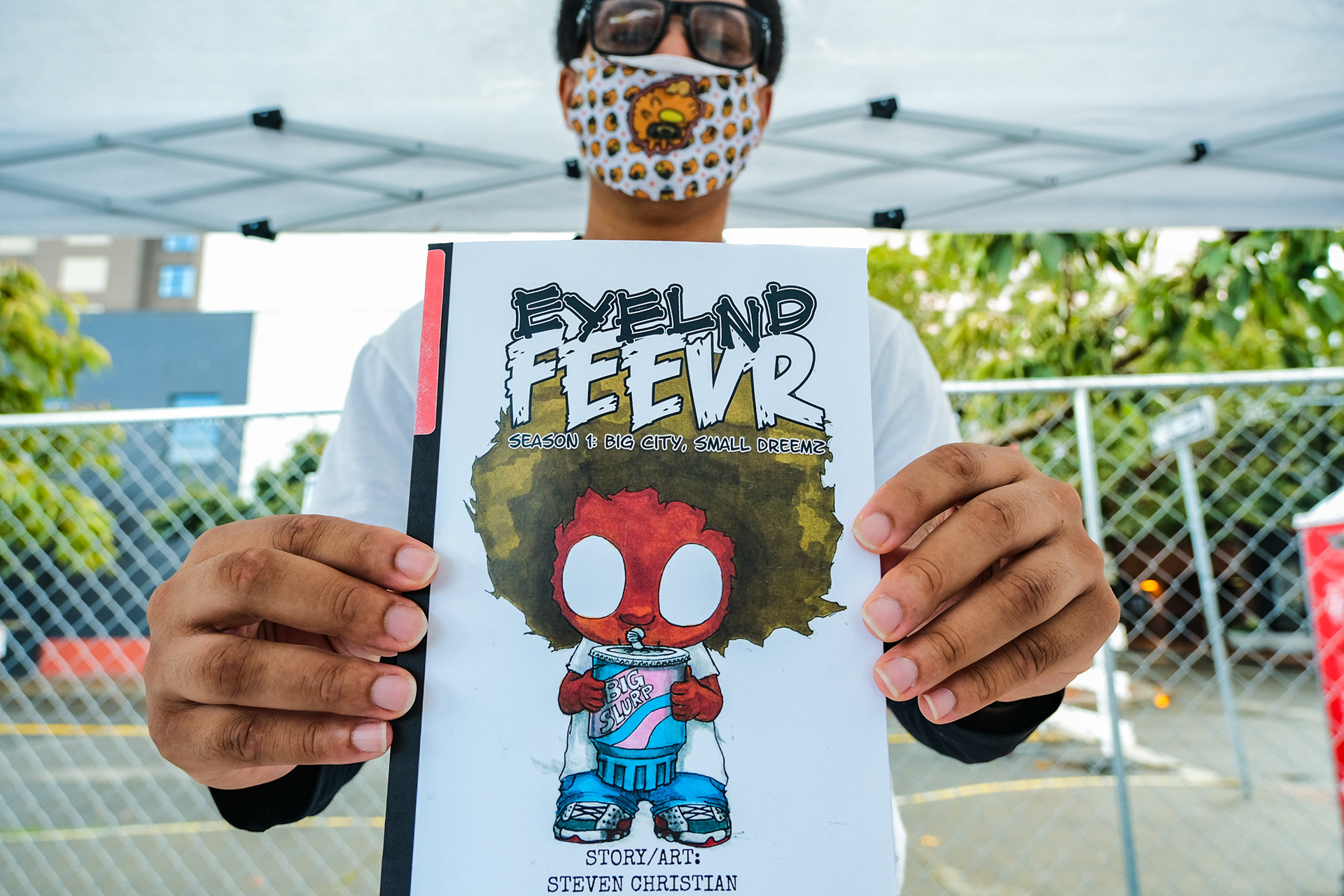 No Love for Gladiators

Projekt Kosplay
↑Back to Top