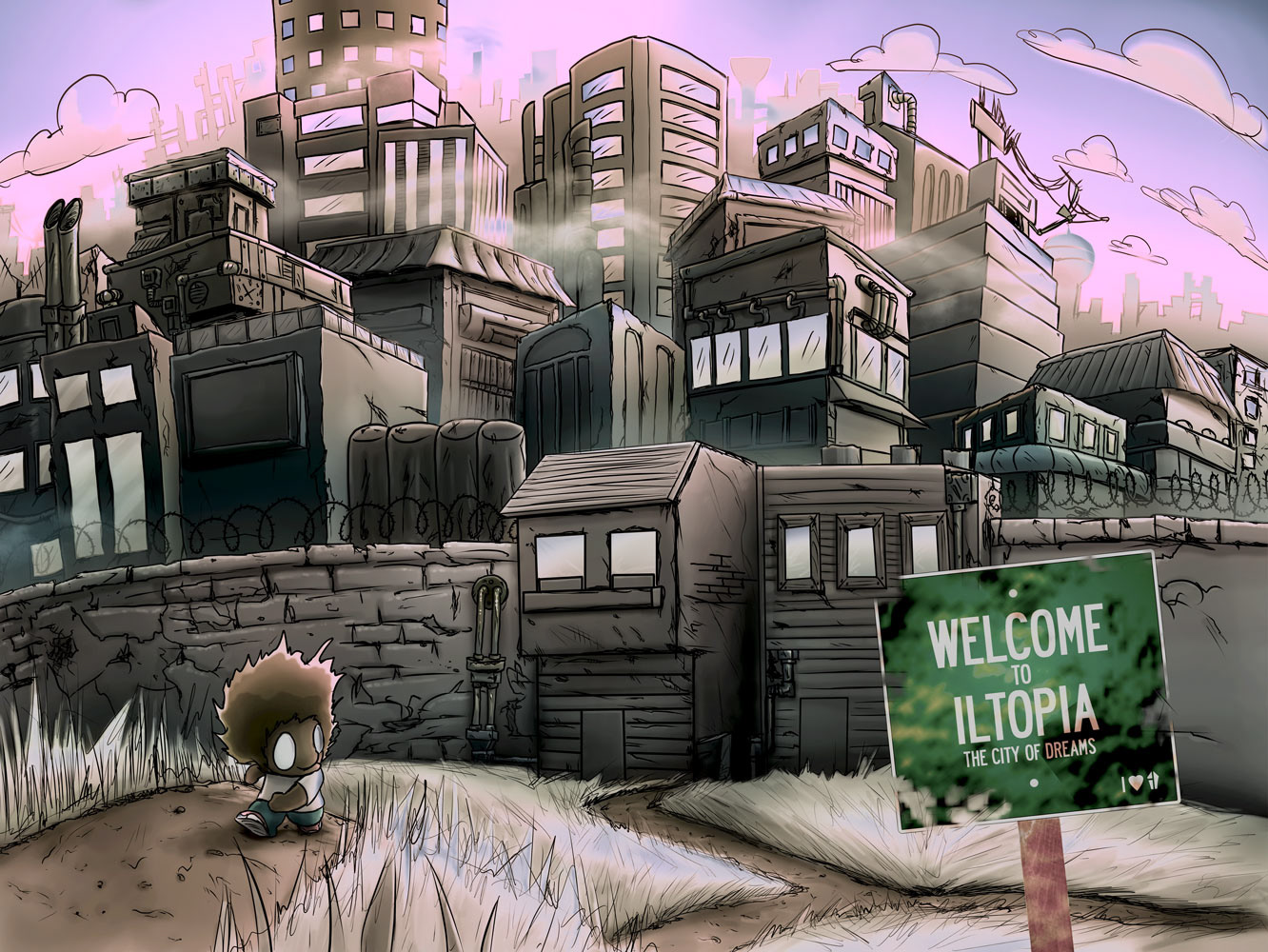 Read Webcomic
Eyelnd Feevr AR App
Awards:
Black Realities Grant Winner
Jordan Schnitzer Black Lives Matter Artist Grant
RACC Project Grant
Wacom Imagination Project
Portland Incubator Experiment
Unity For Humanities Changemakers Showcase
Eyelnd Feevr is a quirky adventure series that follows Roscoe and his ragtag group of misfits as they navigate a ruthless world in search of everlasting memories. They journey through life, learning new life lessons every day while overcoming their daily struggles. The overarching message of the series is to show children of color in a realistic struggle to aspire to be something great. This is despite the adversity life presents them.
This project was created using Manga Studio, Photoshop, and Indesign.
Eyelnd Feevr is set in an alternate reality where George Bush pursued a career in the arts instead of politics, Colin Powell was the first Black president, humanoid animals are public servants, robots replace teachers in school, everything is produced and distributed by one super company, and the Republican Party still the party of Lincoln.
Located on the pseudo-fictional island of Moorea, or Iltopia depending on who you talk to, Moorea is an unincorporated territory of the US located 2,614 mi southeast of Hawaii. It was occupied by the United States prior to World War 2 and used as a vantage point in the quest to win the war in the pacific. As a result of the success, Moorea became a US territory.
The theme focuses on the trials and tribulations of being Black in America. Much like other forms of Black entertainment, Adventures in Iltopia parodies many of the social injustices and inequalities that plague people of color by adding a playful twist that lands the characters in unimaginably odd situations. This odd series of events brought on by each character’s own childhood ignorance aims to inspire and empower readers to combat stereotypes and overcome adversity. 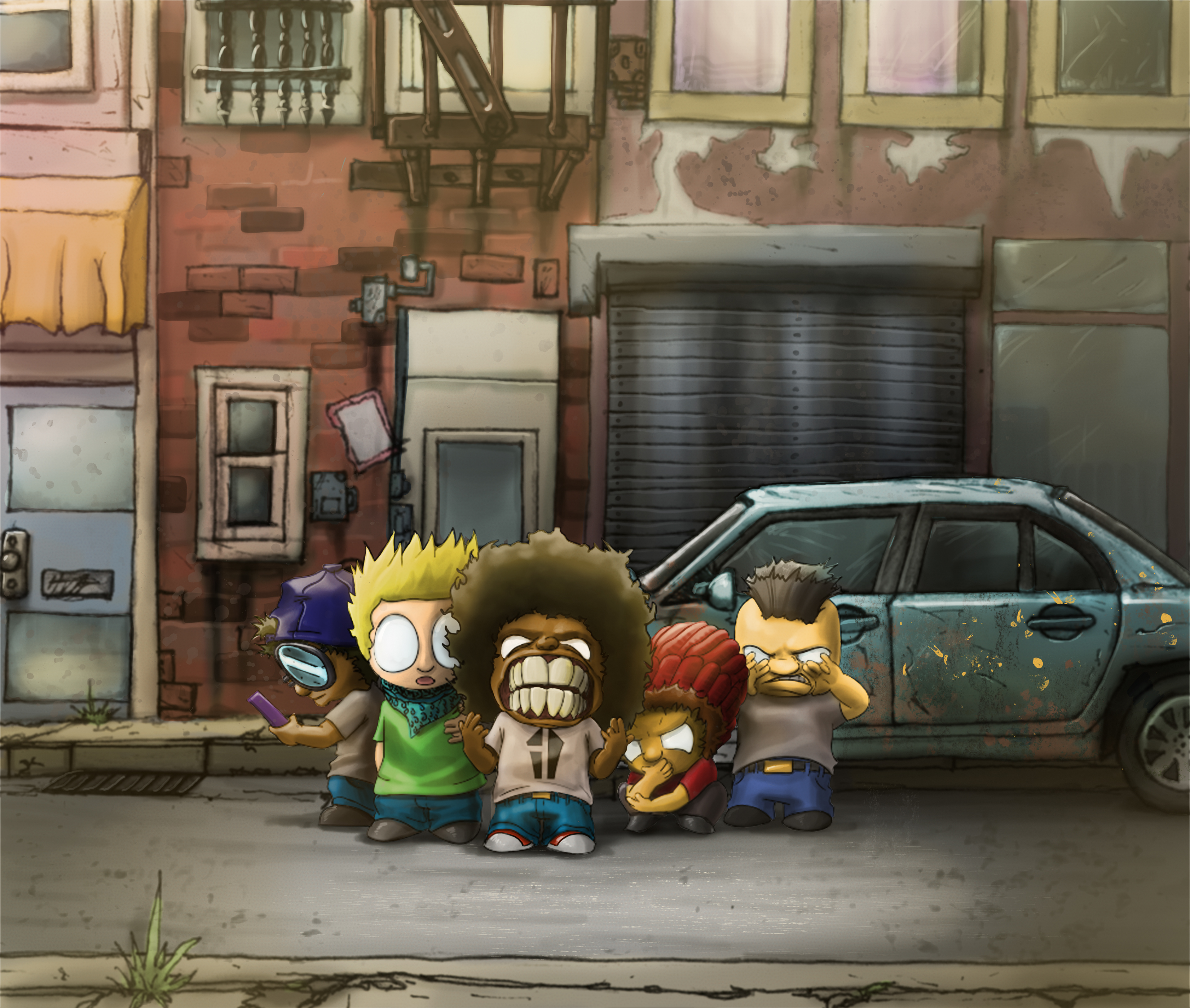 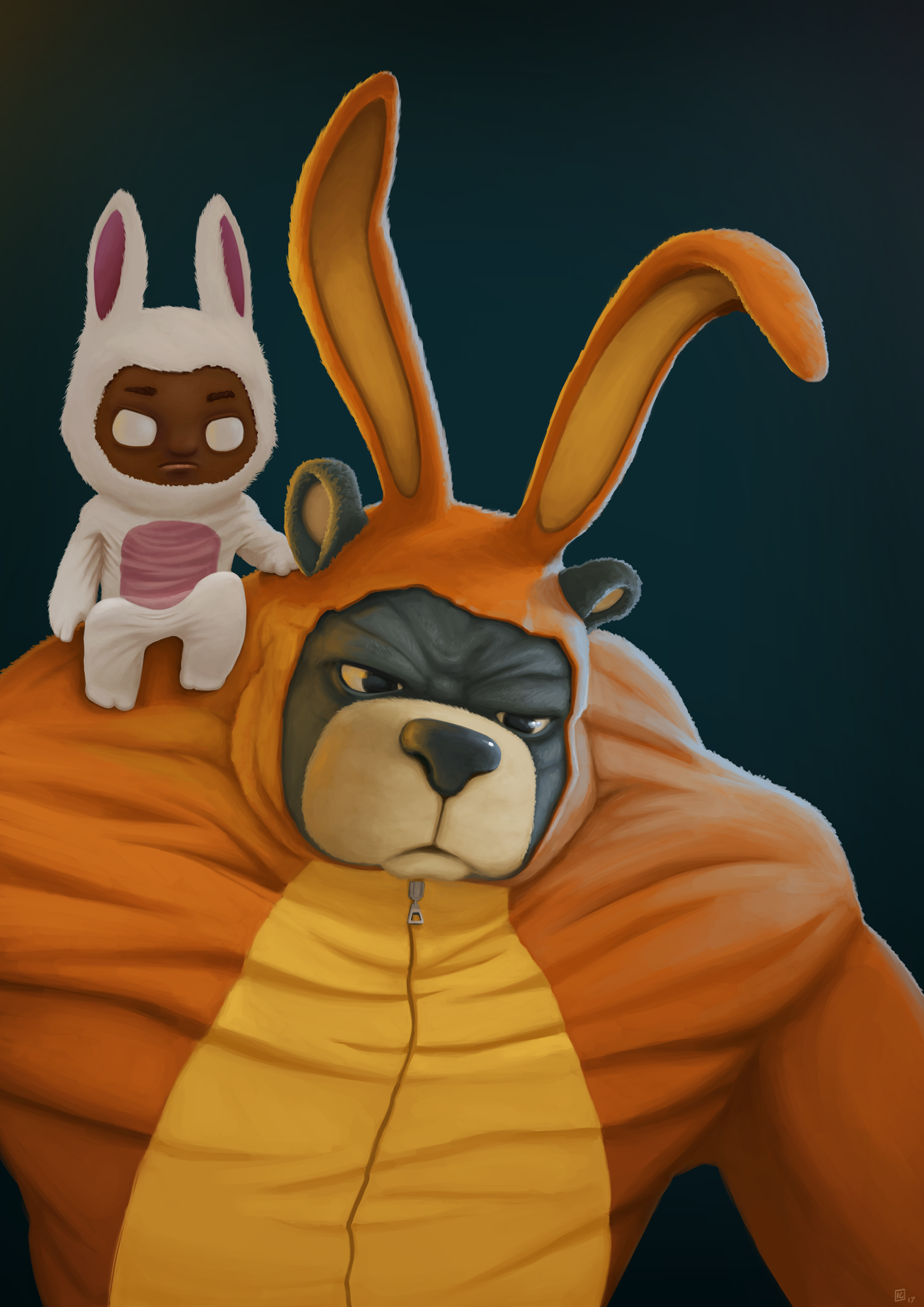 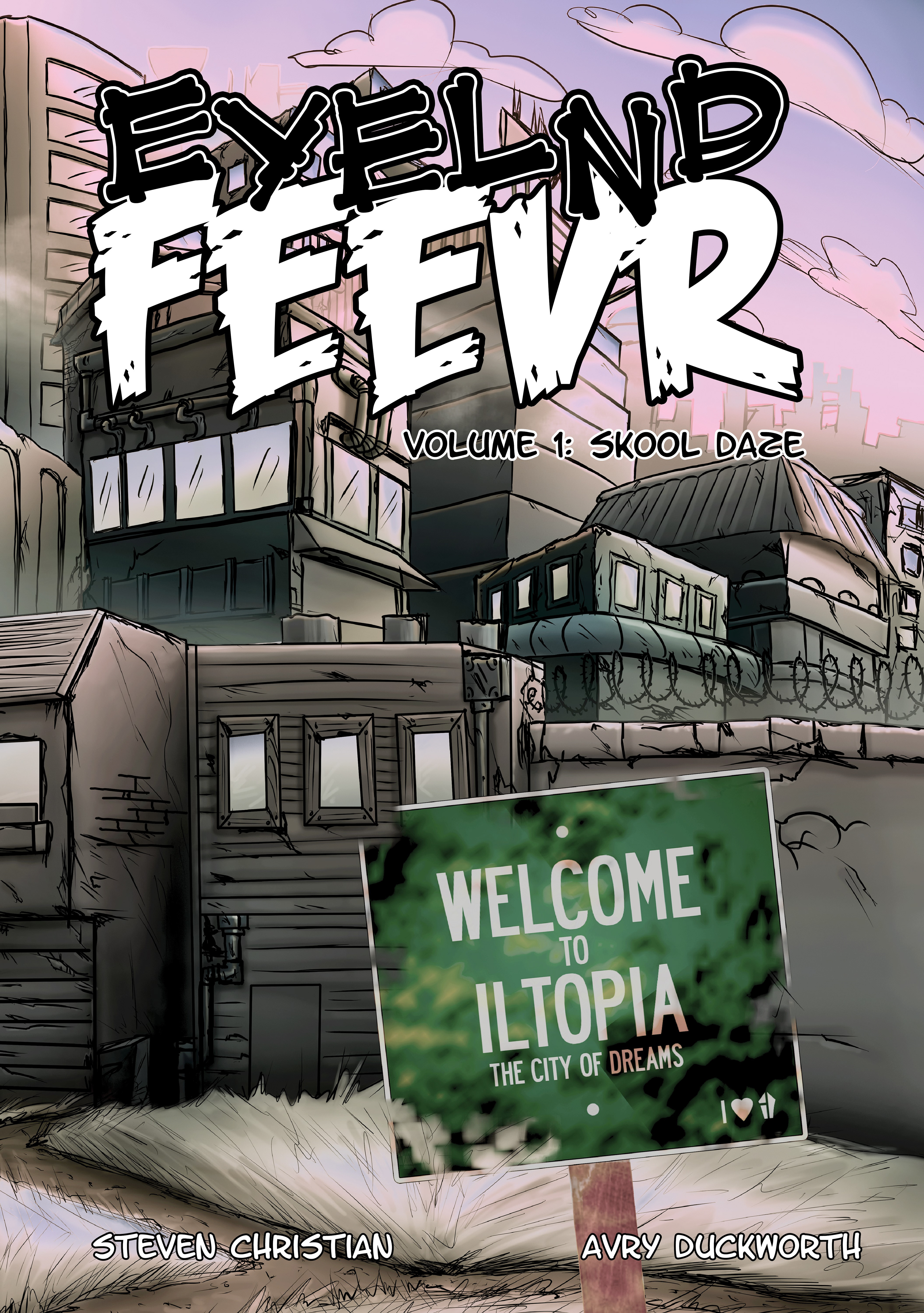 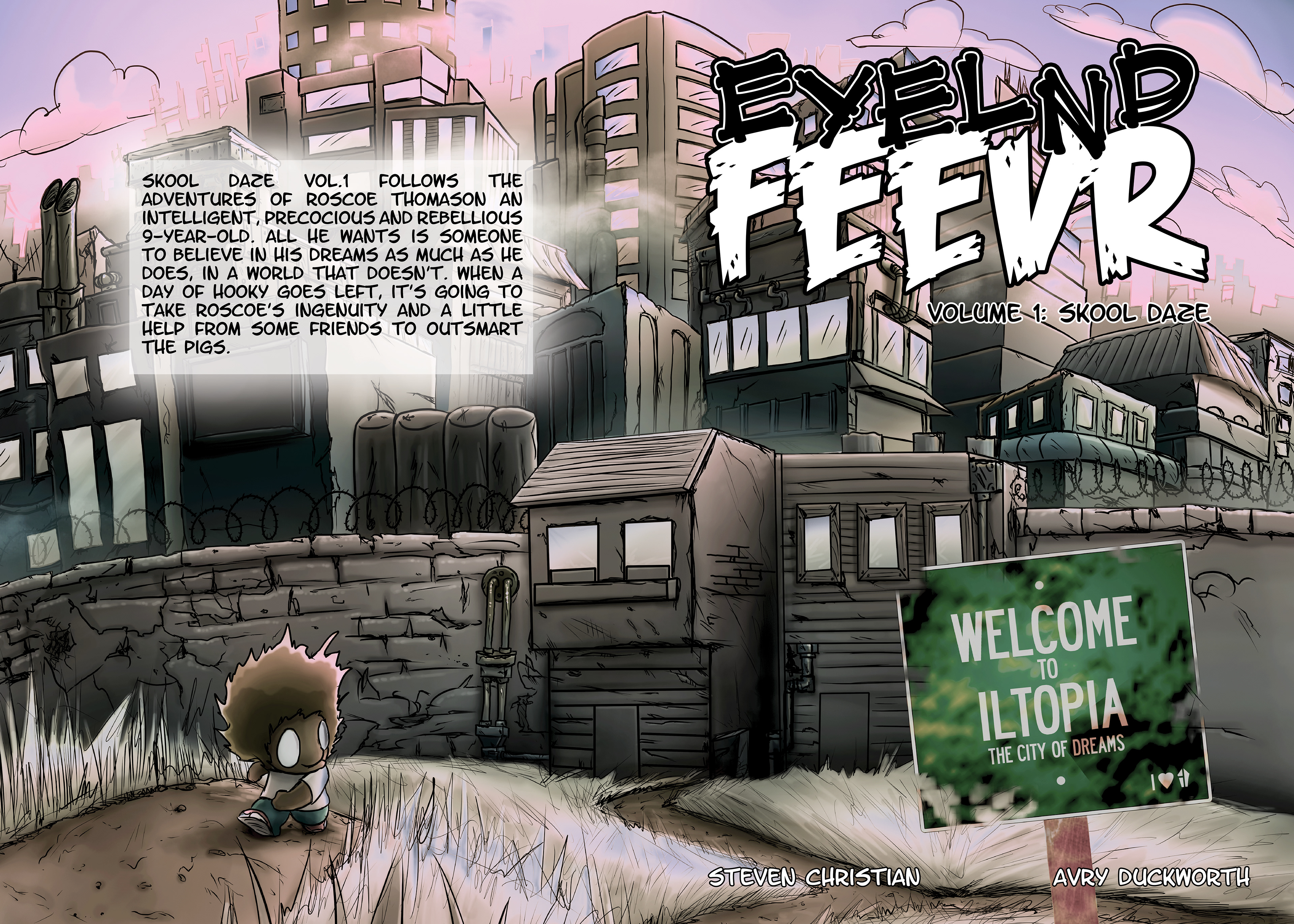 Since the pandemic, I have been looking for ways to incorporate technology into the tangible experience. After a deep exploration, I began to learn and utilize augmented reality. By creating a visual narrative about quirky adventures and incorporating augmented reality and technology, I make books more intriguing for readers and increase access to culturally relevant stories. Through this technology, I am developing a project that allows you to read the books like regular graphic novels, watch the books like an animated video, and listen to the books like a podcast or audio book. This means that the book becomes more accessible to readers regardless of if they are a strong reader or not, and literacy is further encouraged.
The augmented reality app interfaces with the series seamlessly to bring the characters to life in the real world. You can see the characters dance, do photo-ops, and interact with stories in immersive ways. Eyelnd Feevr goes beyond the pages of a book; it is an experience that promotes life, liberty, and the pursuit of happiness.
Eyelnd Feevr started as an avenue for me to tell stories with the characters that I developed for my newspaper comicstrips. It was a journey that began when I retired from playing football and was trying to find a job in the creative industry. I made the Black Superheroes Matter series to develop my style and I wanted to take the characters out of the costume and let them explore the world of Iltopia. I also didn’t want to be known for my fanart even though my style had potential to make waves in that area. I am a visual storyteller, and I need to make comics in order to achieve my goal of having my own cartoon.  It was initially called Adventures in Iltopia, but I settled on Eyelnd Feevr after my successful kickstarter for volume 1 of the adventure because it really spoke to the story I wanted to tell. When I look at the areas I want to explore, I was really looking at the ills of the world that people are succumbing to. It is a sickness that is infectious. I wanted to capture that vibe in the title. It just so happened that I lived in Hawaii during college. The term “island fever” came to me quickly because I had feelings of isolation and disconnect that led me to explore art as therapy. That disconnect from reality was something I wanted to have in the story. Pulling from my work on Stuck on an Eyeland, Eyelnd Feevr was born.
Much like other projects that I produce under Iltopia Studios, this project is really where I have been able to show what I can do creatively. Not only do I write the stories, I illustrate the art, design the books, print the pages, and bind the books. It is such a liberating experience to take an idea and foster it to print. As someone who avoided reading in my formative years, I think it is ironic that I make books now.
Channeling all my energy into Eyend Feevr, it has given me the creative barriers to make things I enjoy and also push towards a consistent goal. If I wanted to make a website, I could make on for the Eyelnd Feevr webcomic. If I wanted to make coloring books, I could make coloring books for Eyelnd Feevr. If I wanted to make augmented reality stuff, I could make interactive art for Eyelnd Feevr. More importantly, I was able to take the Black characters I created and create wholesome examples of the potential of Black creativity.

The Business of Amateurs Title Sequence

The Business of Amateurs
↑Back to Top